The Art and Science of Model-Driven App Design
Skip to main content
Buy $197.00

So, let me tell you a story:

I have been working with the Dynamics CRM/Dynamics 365 product since 2005 and am amazed at the amount the product has grown and changed over the years. Even the name as progressed to what we have today: Power Platform Model-Driven Apps. (and of course, Dynamics 365 is still there as well.)

With Microsoft’s continued emphasis on the Power Platform (both model-driven and canvas apps), I thought it a good idea to revisit an old topic of mine called The Art and Science of Model-Driven App Design. So, I updated my PowerPoint deck and held a free webinar in January of 2020. As I was preparing for that webinar, I realized there was just a lot of material to cover and an hour would just not do it justice.

Designing a Dynamics 365 or Model-Driven Power App is not rocket science, but there are a lot of details to consider.

And what started off as an expansion of my webinar turned into something entirely different!

I have included everything that I have learned over the years in designing the user interface for a Model-Driven application (Dynamics 365).

By the time I was done, I had added twice the content as was originally planned.

So, take a look at the information below and let me know what questions I can answer for you.

Each of my courses has a built-in community forum where you can post questions and have discussions with the instructors and other students.

This is also where course additions and changes are made.

This module is mostly recordings of recent webinars that i have posted on my YouTube channel.

I wanted you to have as much background as possible before starting your work. I mention these webinars throughout the course.

Here are the one's I ask you watch:

An App is the foundational-layer of a Model-Driven app. We discuss the App Designer, components, and using security roles.

The SiteMap provides the navigation for a Model-Driven App. Here we will review the SiteMap designer and its use.

Themes allow you to change the application logo and basic color schemes.

To help with your theme customization, I actually created a theme generator that allows you to create themes far easier than the buit-in theme configuration tool.

Icons can really help you distinguish your custom entities from one another. In this module we look at the tools and processes that can help you create icons for the Unified Interface.

Many times, a dashboard is the first thing someone sees when they open a Model-Driven app. In this module we discuss dashboard design basics and the components you can add to your dashboard.

In this module we discuss how to design effective views and how to add a little color to the views using icons.  We also cover the tools you the customizer or administrator can use when working with views.

The topic of Forms is so large I had to break it into two separate modules. In this module we discuss the technical aspects of form design and layout.

In this module we discuss the design aspects of working with forms, some modern components (PCF) to help us achieve a desired design, and some tips and tricks when working with specific data types.

In this module we review how to define your organizations processes, how to create a BPF, and how they can be used to help guide the user through

Even though the Command Bar / Ribbon is mostly controlled by the system, you can customize it. We view the Ribbon Workbench tool, and how you can use it to perform modifications to give users extra functionality.

Testing, Testing, Testing. That's how you do this process. In this module we discuss testing and deployment scenarios to help ensure your changes go as planned.

In this module you see me change the Account, Contact, and Opportunity forms to [hopefully] make them easier to use and more productive to the user. I also review a real-world example of how we changed the Lead entity to make it more productive and use-specific.

In this module I dive into several of the more technically-focused topics.

This module contains downloadable source code to give you a head-start on your UI-customization efforts.

The other sections are styled to help you create beautiful, high-converting pages. If you already know exactly what you want, use this section to add text, images, video, audio, etc. and build something completely custom. This is your sandbox — create what you want!
Get started now
Get started now 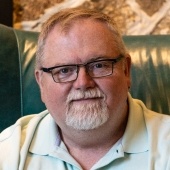 Hi Everyone, My name is Mitch Milam and I want to personally thank you for looking at my  courses. The main goal of these courses is to teach you what I know about Dynamics  CRM/365 and to enhance your knowledge of the product and the skillsets required  to do your job.I started working with Dynamics CRM in November of 2005 when version 3.0 was  still in pre-release and I turned knowledge of that product into an entirely new  career for myself. I am very active in the Dynamics community, have written a  few books on the topic, and can be found hanging out at most of the  Dynamics-related conferences either teaching or presenting. For my community efforts, Microsoft awarded me the Microsoft  MVP title for Dynamics CRM, for eleven years and it has been an honor to be  listed among the ranks of such a group of talented and generous people. Thanks again for stopping by and please let me know if I missed anything. Mitch
We suggest moving this party over to a full size window.
You'll enjoy it way more.
Close
Go Fullscreen